Sonihull Director Darren Rowlands with The Green Award at SMI 2022

Established in the UK in 2006, Sonihull has developed into the world’s leading manufacturer of ultrasonic anti-fouling systems. Sonihull’s technology provides effective protection against marine bio-fouling without any of the environmental impact caused by the toxic biocides and microplastics that are used in conventional anti-fouling systems.

The Green Award certification scheme, which was launched almost 30 years ago, promotes the highest quality, safety and environmental standards in shipping through certifying vessels that go beyond mandatory regulations.

“The partnership with the Green Award Network is a really good fit for Sonihull,” says Darren R. Jones, Director of Sonihull and Founding Chair of the IMO’s GloFouling Alliance. “Regulations will take years to catch up, but the technology already exists to do something about climate change now. Regardless of your vessel type, fuel system or mode of propulsion, you can’t argue with physics. Reducing drag and improving cooling will drastically reduce your CO2 emissions and fuel burn.”

By harnessing the power of ultrasound, Sonihull deters the settlement of slime, weeds and barnacles on vessel surfaces and cooling systems. Smoother propellers and hulls keep fuel costs down and clear cooling systems reduce maintenance and downtime. In box coolers alone, Sonihull can save up to 95% of the lifecycle maintenance costs compared to traditional Impressed Current Antifouling Systems.

Jones added, “Sonihull can deliver significant savings that pay for themselves in a matter of weeks; without massive investment or operational upheaval, something that is already understood by many of the Green Award stakeholders, especially those who are Sonihull customers.”

Jan Fransen comments, “Every step towards sustainable operations opens a box of advantages that helps in protecting our planet as well as economic benefits. We therefore welcome this new partnership with Sonihull” 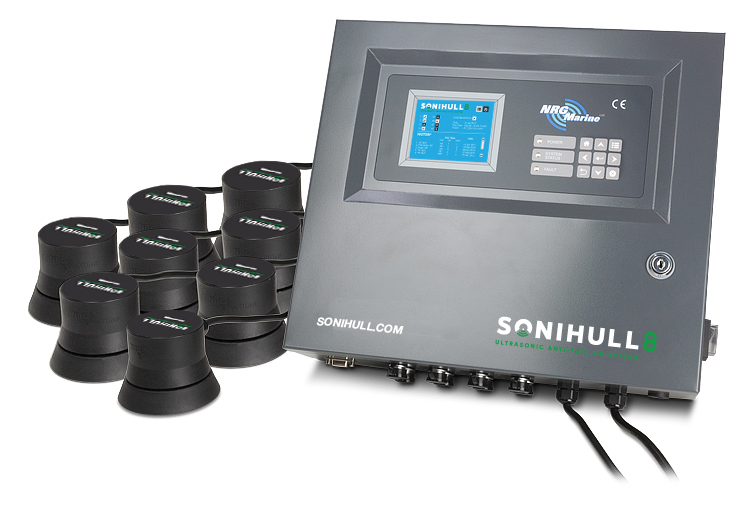 SONIHULL – Saving the Oceans, One Ship at a Time

Stay up to date with the latest updates from Green Award